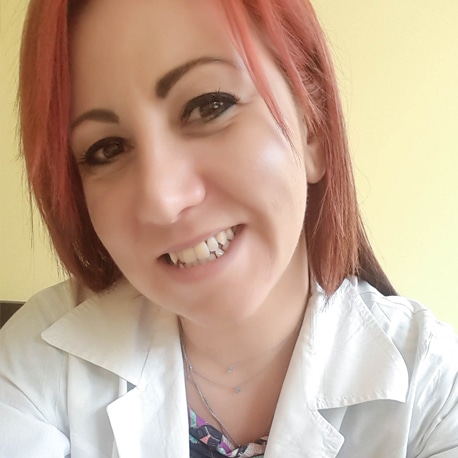 Dr. Gergana Gecheva was born in 1986 in the town of Kazanlak. In 2005 he graduated the Romain Rolan School of Medicine in Stara Zagora with an intensive study of English and French, and from 2005 to 2006 he began his medical education at the UMAS, Poltava, Ukraine. In 2011 he graduated in “St. George” University Hospital in Plovdiv, Bulgaria.

Her postgraduate qualification and medical practice take place in the following hospitals:

2013 – passing an Emergency Medicine course at the University Hospital “Pirogov”

From 2015 to 2016 he works and specializes as a foreign scholarship at the Haddassah Hospital, Jerusalem, Israel in the Rehabilitation Department;

Dr. Gergana Gecheva is a participant in numerous seminars and congresses in the field of physical and rehabilitation medicine and since 2016 she is a lecturer in the discipline “WATER TREATMENTS” at PGRH /High shool in Pavel Banya.